In order to fully engage with the various solar myths, truths, and questions, SkyFire Energy is researching and discussing issues, and non-issues, regarding clean tech and green energy. Do solar modules contain toxic chemicals? How much carbon does it take to make solar modules? Is lithium mining ruining the environment? We take on these issues and more in Solar and Renewable Myths, Truths and Questions. This is part II: Solar Truths.

This is true, to an extent. Toxic chemicals are utilized during the production of solar modules, and certain rare types of solar modules contain heavy metals like cadmium. There is variation, however, and not all solar is created equal in this regard. There are certainly toxic chemicals used during the manufacturing process, but responsible producers are able to manage the safe usage of them. The hazardous materials produced or utilized during crystalline solar module production are silica dust, silanes, diborane, phosphine and solvents, but those are restricted to production environments, which account for and manage such substances.

Mono- and poly-crystalline solar modules are the most familiar to people, since they are the most common form of solar module installed in residential and commercial settings. The familiar blue-black geometric modules are composed almost entirely (between 85 and 90%) of glass, aluminum, and silicon, according to one study of solar photovoltaic technology’s socio-economic and environmental impacts. 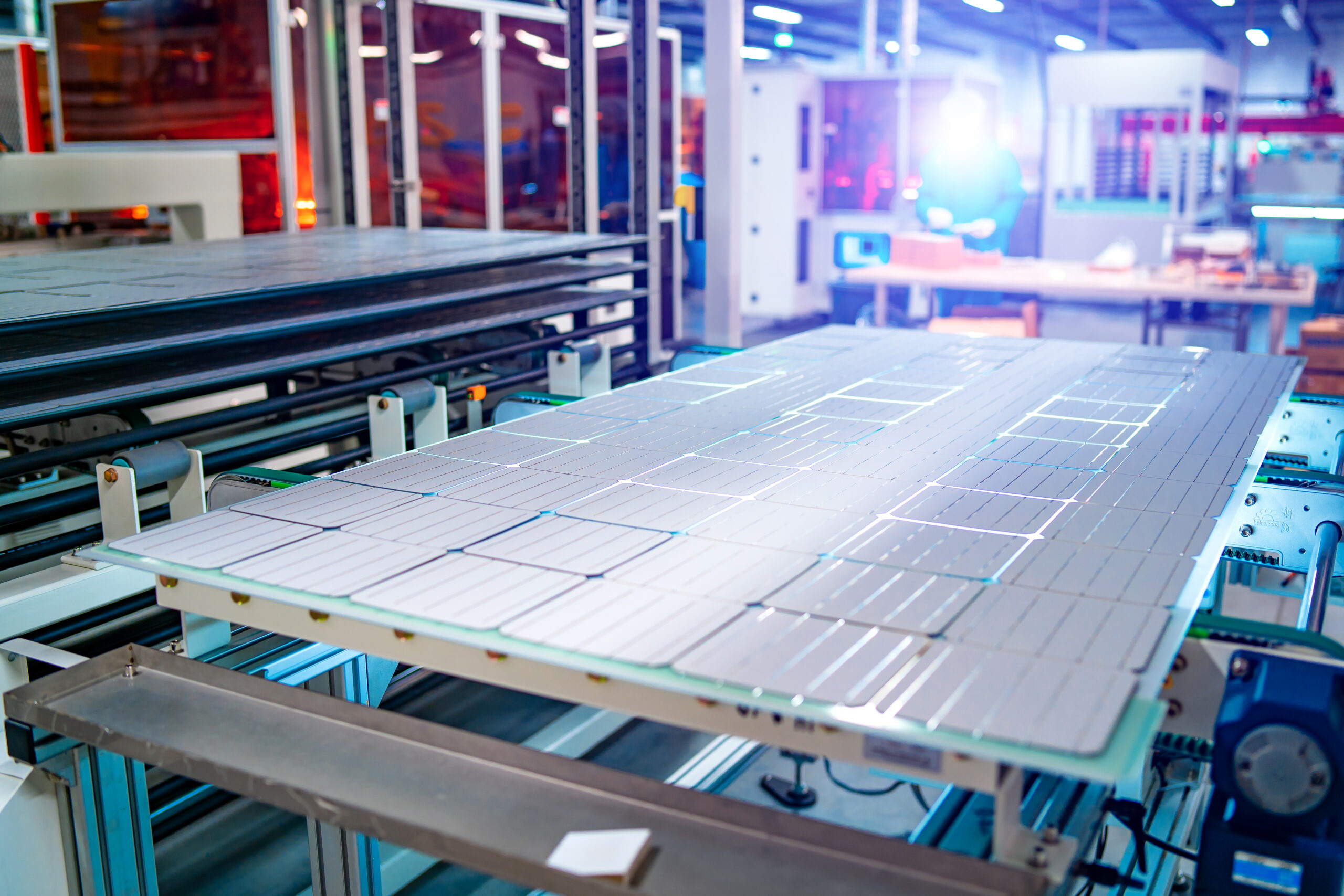 The list of materials in typical silicon-based solar modules also includes small amounts of zinc, lead, copper and aluminum, as well as some plastic polymers for the insulating backsheet. Some of these trace metals, as well as parts of the electrical components in the junction box of the module, are rare and\or toxic metals, which should be conserved when possible and kept out of the natural environment. They are a minority in terms of substance, but still relevant, especially as solar is scaled out en masse around the world.

Thin film solar modules are a different technology, though similar in principle to crystalline silicon modules. Thin film does contain more toxic and rare material than typical mono- or poly-crystalline cells, which are predominantly produced using silica, the most abundant material on the planet. Thin film cells use elements such as cadmium, tellurium, indium and gallium to achieve the photovoltaic effect, and though thin film modules are typically only used in industrial applications, those utility scale installations are quite large and can account for a significant fraction of the total solar modules used in the world.

There is no doubt that some rare and potentially hazardous materials are present in solar modules. It is important to note that those materials exist in the production phase, at the end of a module’s life cycle, and occasionally in the event of a severe weather event such as a hurricane or tornado, if it damages a large solar array. The chemicals in question do not enter the environment during typical solar array operation, and are a consideration for long term management of the resources. Energy-producing processes like large scale coal and gas fired power plants emit a much larger amount of toxic chemicals into the environment, even beyond carbon: mercury, sulphur dioxide, nitrous oxides, lead, cadmium, carbon monoxide, arsenic, and volatile organic compounds (VOC).

2) I’ve heard lithium mining is harmful to the environment. Is that true?

Lithium is not a component in solar modules, but it is the critical ingredient in lithium-ion battery technology, which has been dominating battery development and deployment since the 1990s. Battery technology is inevitably wrapped up in discussions of solar and renewable energy, since large scale batteries are one solution to issues of intermittent energy and consistent electricity distribution, as well as the main power source for electric vehicles (EV).

Lithium mining currently takes place predominantly in Australia, Chile, China, Argentina, Zimbabwe and Portugal. Lithium batteries power everything from smartphones to Teslas, so demand for the mineral is currently sky high, which is motivating extraction companies to supply it as fast possible. This gold rush for lithium is leading to significant ecological and sociological issues, from water depletion in South America to river pollution in Tibet.

This is an important issue to be managed. Our society’s lithium addiction doesn’t stem strictly from renewable energy and attempts to clean up the grid, but as the clean technology movement grows it will come to dominate lithium demand on its own. As with so many global issues, especially related to climate and energy, there is no one silver bullet solution, but it’s obvious that just trying to create the same grid we used before, just with solar modules and wind turbines instead of coal and gas plants, will simply lead to other ecological problems.

As a culture we need to utilize the technology we’ve developed to create more intelligent solutions, such as energy demand management systems which can control individual non essential equipment during times of peak demand. A wide proliferation of solar systems producing energy right where it is being used will also help, so the roofs of our neighbourhoods and industrial areas growing more solar will help, so we can avoid costly upgrades to the old grid.

Less environmentally impactful lithium does exist, so hopefully Volkswagen and large entities with a stake in finding sustainable lithium will continue to develop those resources and techniques. If we can source battery components that do not ravage the ecosystem and population centres around it

3) How can renewable energy solve our problems if it doesn’t create electricity 24 hours a day?

The classic argument against solar, and other forms of renewable energy, is that the sun goes down, and the wind doesn’t always blow. This is undeniable, and is a critical conversation for energy modellers, engineers, and government leaders to engage with as we move closer to net zero emissions.

The question is not whether renewables are intermittent, because they are, but rather how we continue to power modern life with more intelligent solutions. We are all still living in an electrical distribution model that was designed many decades ago under centralized distribution, and solar energy, as one example, is simply the most prominent new technology which allows us the flexibility to begin developing new methods of electrical distribution. Large scale battery storage is one solution, although economics and environmental concerns are a legitimate and significant obstacle. That said, to simply replace all of our large carbon producing power plants with massive batteries is simply trying to patch new technologies onto the outdated, old school model. The real solution to intermittent renewable electricity is to create a holistic model of energy production that produces power where it is being used. This is easily envisioned with a solution like a micro-grid, where electricity production (through solar, wind and other means) can be combined with battery storage on a small scale to give individuals and their peers immediate control over their electricity production and usage. Even beyond such a revolutionary idea (which will certainly face pushback from large utility companies), there are other ways to manage electricity which can eliminate our need for peaking power plants, which only operate during times of high electrical demand. With consent and access to smart thermostats and controls, utilities could control specific devices in buildings like heaters and non critical equipment to turn off for short periods in order to save demand in a specific area. This would act like a rolling blackout, except instead of shutting down entire sections of the grid, only specific high energy devices would be shut down, without otherwise affecting the people or buildings in question.

Renewables are not a silver bullet, and they are not meant to create a sustainable version of an unsustainable model. Rather, they are a tool to allow us to create better, more holistic grids of electricity for people to power less impactful lives without losing quality of life.

This has been part II of our series on Solar Myths, Truths and Questions: Solar Truths.