How Do Solar Panels Work?

If you’ve followed renewable energy during the exponential growth of solar energy’s viability, you understand the appeal: reliable energy with no moving parts, minimal maintenance, and a long lifespan. As a customer or follower of SkyFire Energy, we know you already care about the benefits, both environmentally and practically, of this revolutionary energy source, but you understandably may wonder: how do solar panels work?

In the case of solar panels, instead of a manufactured battery cell with two separate + and – terminals like a battery, two thin sheets are sandwiched together. The two sheets are both silicon which has been specially treated with other chemicals to create different electrical charges — in other words, that familiar difference of electrical potential.

Silicon is a special type of substance called a semiconductor, which means that it sometimes behaves as a conductor of electricity, and sometimes prevents the conduction of electricity, depending on what’s been done to it. A chemical process called doping injects other materials like phosphorus or boron into the silicon, turning the silicon either positively or negatively charged — just like the + and – on a battery. With a system of metal wires and conductors, electrons can move along the sandwiched wafers of doped silicon and create electricity.

Unlike a battery, however, those two sandwiched wafers of material have no electrical charge on their own. Electrons can’t move along the metal conductors in the solar panel until the sun sends photons into the silicon wafers. When photons from the sun hit the silicon, they energize the electrons which are able to free themselves from their nucleus and move along the metal conductors in a circuit, creating electricity. This phenomenon is called the photovoltaic effect. It’s what makes solar panels work. 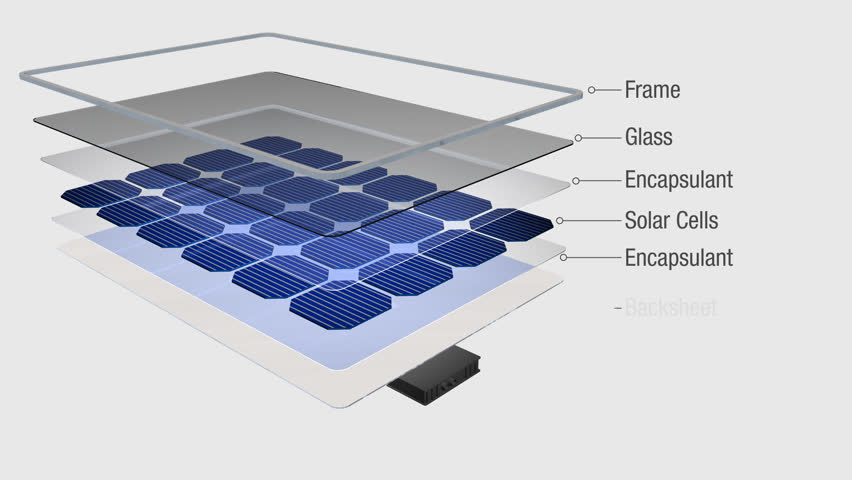 Once the electrical side of the panel has been finalized, it then needs to be protected, since the silicon wafers and metal conductors are rather fragile. Without protection, the electrical circuit of a solar panel would not survive the elements of the outdoor world.

The delicate electrical components of a solar panel are again sandwiched, this time between an insulating polymer layer (sort of like a plastic) on the back, and a clear tempered glass on the front. The tempered glass, which faces up to the sun and the elements, is the protective layer, which has an anti-reflective coating that maximizes the energy from the sun, and is rated for impact from hail — up to a 55 mile per hour impact for a one-inch wide hailstone.

The polymer back sheet insulates the electrical circuit to maintain proper temperature and electrical conduction. It’s not as sturdy as the tempered glass, but it is on the back of the panel so it is never directly exposed to the elements.

If you’re a bit electrically savvy you may have noticed a small problem with the electricity produced by a solar panel. If it is just like a battery, with electrons flowing from + to -, that isn’t actually helpful on its own. After all, your house’s stove, furnace, and lights don’t run on batteries. 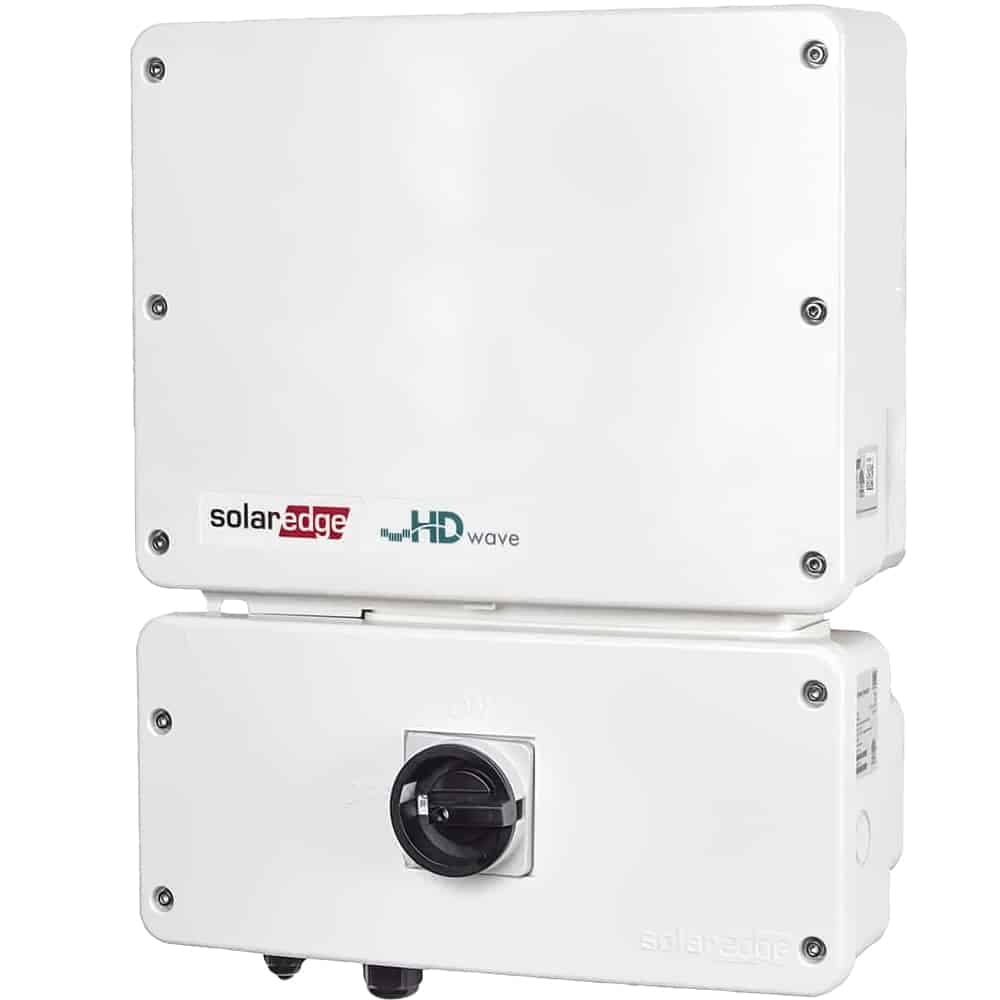 The type of electricity batteries and solar panels create on their own is called Direct Current. In short, it means that the current it creates flows in one direction. For long-winded reasons unimportant to this article, Direct Current electricity isn’t suitable for larger-scale purposes like powering homes and buildings, though it is fine for smaller scale usage like small handheld devices or vehicles.

So if your home can’t use the Direct Current straight from the solar panels, clearly something needs to happen. It needs to be sent to something called an inverter, which converts the solar panels’ Direct Current (DC) into Alternating Current (AC). Once the energy is converted into AC, it can then safely be incorporated into your home’s electrical system to power your life.

The solar energy’s job isn’t done quite yet. Once it’s journeyed from the panels themselves to the inverter, and on to the main electrical panel in your home, it may have further to go. Depending on the timing of the sun and what you and your family are doing in your home, the electricity you are generating is going to do one of two things: either it will be consumed immediately by the appliances and devices in your home; or, it will flow back onto the grid.

In order to allow the energy flowing into the grid to be measured, and therefore reflected as a credit on your energy bill, SkyFire Energy or any other solar contractor will arrange for your local utility to swap your original electrical meter for what’s called a two-way meter (in most locations but not all). This way, you can see for yourself, and more importantly, your electrical utility can see, the amount of electricity your solar panels are sending back out onto the grid when you aren’t consuming it. The electricity you produce is credited per kWh, allowing for credit on your account with the utility. With this meter in place, every watt of power your solar panels create is utilized in some way, whether being used immediately or counted as a credit on your account.

With a safely installed solar panel array, your electrical utility’s two-way meter, and your own wherewithal, you too can own your own means of energy production, track it on a smartphone or computer, and empower yourself to live your life green and efficiently.

Interested in finding out if solar is a good investment for you? Contact us at 1-877-593-4731 or by filling out this form to get you started.