In order to fully engage with the various renewable energy and solar myths, truths, and questions, SkyFire Energy is researching and discussing issues, and non-issues, regarding clean tech and green energy. Is solar module recycling a thing? Can renewables handle extreme weather? Does solar carbon footprint impact the world negatively? We take on these issues and more in Solar and Renewable Myths, Truths and Questions. This is Part I: Solar Myths

There’s no such thing as a free lunch, and solar energy is no exception to that rule. Just because no carbon is emitted during the operation of solar modules does not mean that carbon emission and other forms of pollution are not involved. Creating a solar module does require energy and complex materials, and there have been many life cycle assessments (LCA) of various energy sources to determine “cradle to grave” carbon emissions.

Due to the energy and resources required to create and transport solar modules to their eventual location, every solar system has an “energy payback” time. When it comes to solar, carbon payback can take between 1 and 4 years, depending on the type of module. Past its initial payback time, solar modules are offsetting carbon every day that they operate, and considering 25 to 30 year lifespans are a typical minimum for solar modules, well over 85% of their lifetime is spent reducing carbon input into the planet’s ecosystem.

If we translate that into lifetime greenhouse gas (GHG) emissions, coal as the worst emitter of carbon produces around 1,000 g of CO2 per kWh of electricity generated, compared to around 50 g for solar photovoltaic (PV).

When the Texas grid collapsed in February 2021, certain government officials were quick to throw renewable energy under the bus, pointing out frozen wind turbines and cherry picked moments of low solar production to emphasize renewable energy’s supposed role in destabilizing the Texas grid, managed by the Electric Reliability Council of Texas (ERCOT). It’s not a completely unreasonable question: can renewables handle extreme weather?

In reality, there was still significant production by both wind and solar during Texas’ winter storm, and with the lion’s share of electricity being produced by natural gas facilities which had not been winterized, the failures of Texas’ grid had nothing to do with poor performance of solar or wind, and everything to do with failures of market incentivization.

Solar energy has no moving parts, so it can produce energy at any time regardless of conditions. The only dangers to solar arrays are major weather events like hail, tornadoes and hurricanes, all of which pose dangers to houses, cars and buildings just as much as any other human construction effort like solar electricity. 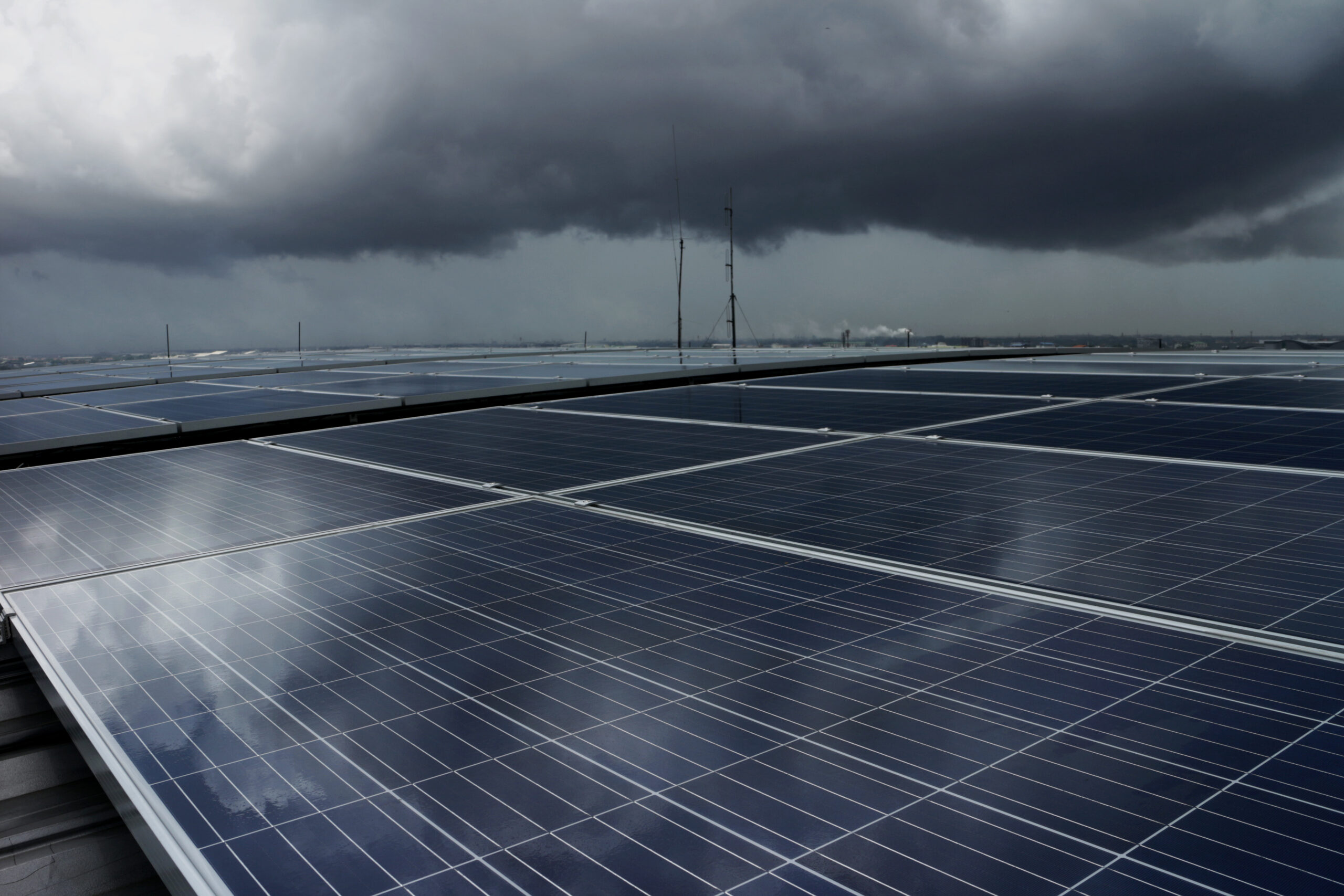 Here in Alberta, a hail storm on the north end of Calgary caused over $1 billion in damage to homes, vehicles and businesses alike, and did result in a number of solar systems needing to be removed and replaced. While that was expensive and problematic, it was similar in cost and scope to all of the building windows, siding and roofs needing repair, and the many destroyed car windshields and windows which were broken beyond repair.

Typical solar modules are rated for protection against a 1” diameter hailstone, travelling at 50 miles per hour, impacting at 90 degrees. While this type of protection will suffice against the vast majority of hail, increasingly erratic climate conditions paired with existing outliers means some extreme weather conditions beyond normal expectation can and will occur.

Solar modules can absolutely be recycled, provided there is sufficient investment of time and capital. 90% of a solar module can be recycled into other units, and though the techniques and processes to recycle solar modules into the supply chain are only now taking shape, they are not overly complicated. Solar module recycling will be a massive issue in less than 30 years, which makes addressing it a key issue for the present day.

While the United States, and to a lesser extent Canada, have not considered the need for solar module recycling at a government level, The European Union is leading the industry in terms of mandates to recycle solar modules. Under the EU’s Waste Electrical and Electronic Equipment (WEEE) Directive, batteries, inverters and solar modules must be taken back and treated by businesses and citizens, which has led to a high rate of reincorporation of that technology and the materials inside them.

With tens of millions of tonnes of solar modules forecast to be out of commission by 2050, 90% of that material will be available to whoever has the foresight to reincorporate it back into the supply chain. With only a little bit of government support and oversight, a robust circular economy of solar photovoltaic technology could easily take shape.

In Canada, federal and provincial regulators have only just begun to classify solar modules as e-waste, and due to the relative novelty of solar photovoltaic (PV) technology, there is still uncertainty around how to manage the flood of excess material and resources that will soon need to be managed. It will likely fall under some type of Extended Producer Responsibility (EPR) framework, similar to recycling deposits for cans and bottles at the grocery store.

Some jurisdictions like Washington State are using tax deductions to incentivize the solar industry to create what they call a “stewardship program,” which will allow the public to easily recycle modules purchased after July 1, 2017. In this way, and with companies like Recycle PV at least trying to get ahead of the curve from the private business side of things, the US is somewhat ahead of Canada on the issue of solar module recycling.

The Alberta Recycling Management Authority (ARMA) recently added a number of categories of electronic waste to its mandate as part of a two year pilot project, and is now subsequently accepting solar modules to certain equipped facilities in the province.

Read the infographic below and learn how solar modules can be recycled to ensure that their parts are kept out of the landfill.

This infographic was produced by SolarShare Co-op in partnership with Revolution, an electronics disposal, hard drive destruction and ITAD company based in Toronto.